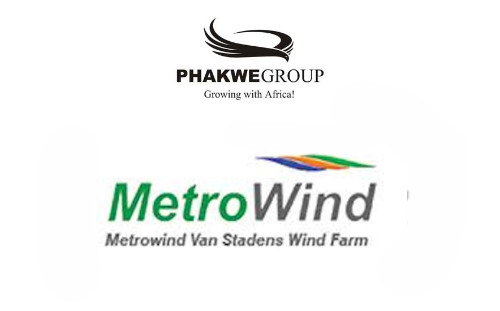 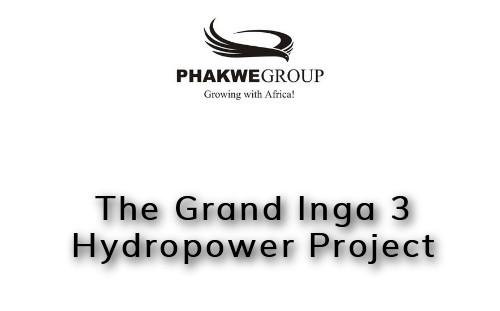 Port Elizabeth. Tuesday 11 June 2013 – Phakwe Power partner to Rubicept (Pty) Ltd, the developers of the Metrowind van Stadens Wind Farm, announce the arrival of the first shipload of Sinovel wind turbine components for the project, in Port of Ngqura near Port Elizabeth in the Nelson Mandela Bay Metro.

Basil Read Matomo, subsidiary of the JSE-listed construction, mining, development and engineering group Basil Read; have confirmed that the turbines were transported on two ships from China. The first arrived on Thursday, 6 June and the second ship arrived yesterday Monday, 10 June 2013.

Marius von Wielligh, Director of Energy at Basil Read Matomo said: “ The arrival of the first shipload of turbines is a significant milestone for the project. We have been working hard in preparation for this moment. Transporting the turbines to the wind farm site will be a challenging task, but I am confident that with our team of experts, we will excel at this task.”

The turbine components are currently being offloaded at the harbour and this is likely to last for a week. Thereafter the process of transporting them by road to the site will begin and erection of the turbines is expected to begin by August 2013.

Donald McGillivray, a Director of Africoast Engineers said: “ Africoast is proud to be part of this exciting project and to be working together with such a dynamic team from Basil Read Energy. The Metrowind van Stadens Wind Farm is a strategic project of national significance that has numerous positive local benefits for the Metro, including amongst others, meeting nearly 50% of the Metro’s target to generate clean, sustainable renewable electricity as well as investing in, benefiting and uplifting the local community.”

The Metrowind Van Stadens wind farm is five months into construction and is generally ahead of schedule. Civil works are nearing completion with all nine wind turbine bases complete. The main control building and individual turbine mini-substations are also currently under construction.

The advancement of roads and turbine platforms has been a priority in anticipation of the delivery of the wind turbines on site. Electrical works on site have also begun and are ramping up to peak works within the next few weeks. The site has remained compliant with all environmental specifications and met targeted job creation goals for the project to date.

Basil Read Matomo was awarded the R350 million EPC contract for the construction of the 27MW Metrowind Van Stadens wind farm project in the Eastern Cape. The turbine supply agreement was concluded in November 2012 and the scheduled commercial operation date is 1 February 2014. The wind farm will feed 80 000MWh/ year of green electricity into the Nelson Mandela Bay Metro Grid.

Phakwe Group is pleased to announce the formal appointment of Mr. Thabiso Tenyane as the director and Chairman of Metrowind van stadens wind farm, with effect from 26 June 2013.Metro wind van stadens wind farm is leading IPP of all 47 IPPs who were chosen as preferred bidders in the departments renewable energy IPP procurement programme.
The construction of the Metrowind van Stadens Wind Farm in the Port of Ngqura near Port Elizabeth is at advance stage. This project is five months into construction and ahead of its schedule with civil works nearing completion and all nine wind turbine bases completed. The wind farm will feed 80 000 Mega Watts hour (MWh) a year of green electricity into the Nelson Mandela Bay Metro grid.

In conjunction with the South African Department of Energy, Phakwe Power, a division of Phakwe Group has partnered up with the developers of the Grand Inga 3. The massive dam is part of a greater vision by the international economic community to develop a power grid across Africa that will spur the continent’s industrial economic development, which Mr Thabiso Tenyane, Executive Chairman of Phakwe group, also felt so strongly and passionately about.

Inga 3 is proposed for the Congo river in the Democratic Republic of Congo (DRC). A treaty was signed in May 2013 by the south African and DRC governments for cooperation in the development of Inga 3 which will provide 2500 MW of the 4800 MW power to be generated to south Africa and contribute to regional integration, energy security and economic growth in an environmentally sustainable manner.

Africa faces a huge energy gap that has contributed to slow economic development and poverty. Considering all the power challenges South Africa is facing with Eskom, the Inga project is a necessity and could really prove to be a sustainable solution to alleviate energy poverty, stimulate economic growth and facilitate infrastructure development.

The Grand Inga hydropower scheme will provide affordable and readily available energy to meet the needs of the DRC, South Africa and surrounding countries, which will also allow Africa’s industrial and manufacturing industry to take off. The proponents of the Grand Inga project consider hydropower to be clean renewable energy.

The Grand Inga hydro power potential is estimated at over 40000 MW, over twice the power generation of Three Gorges dam in China, and more than a third of the total electricity currently produced in Africa. Two existing projects, Inga 1 and Inga 2, have been in operation since 1972 and 1982 respectively, and generate nearly 1800 MW of electricity.

Grand Inga will be constructed in seven development phases with Inga 3 being the First of these phases. It would be constructed in two steps, initially a low head and then high head, extending the dam wall and making it higher. There will be no closure of the Congo river and no tunnels, just an open channel.

Following technical feasibility studies, Inga 3 generation capacity is shown to be economically more feasible at 13000 MW instead of the initial 4800 MW. Additionally, the project requires 3700km electricity transmission infrastructure from the DRC passing through Zambia, Zimbabwe to South Africa, which will allow these countries to benefit from production at the site. South Africa is yet to establish a fulltime project development team to oversee the implementation of the project. Each country may establish its national structures to progress the project.